From a premium LinkedIn account ($29.99 a month) to a Zipcar plan (up to $50 a month) or your binge-inducing Netflix package ($11.99), it can be hard to keep track of all the subscriptions at the end of the month. Some monthly expenses—such as the $203 that the average Canadian household spends each month for phones, TV and Internet—are vital in today’s tech-dependent world.

But new trends like so-called “box subscriptions” that arrive on your doorstop each month—deliveries of beauty products, dog toys and hard-to-find coffee — might not be worth the cash.

What does it really cost to own a car?
Saving for Thailand while spending on Pad Thai

As an example, let’s look at Dollar Shave Club, which sends its mostly male customers a box of four razor blades every month for $6.50 each shipment.

That means it costs almost $50 for the privilege of not having to think about razors at your grocery store visits. Or else it means grow a beard.

Another growing subscription service in Canada is Chef’s Plate, which delivers fresh ingredients to its customers so they can cook at home.

"We want to empower Canadians to be the drivers in their own culinary journey,” says co-founder Jamie Shea.

But at $12 per meal, plus a $10 monthly fee, Chef’s Plate is more expensive than even an average take-out meal, which ranges between $8 and $10.

Certainly, as a novel luxury service, food subscriptions may be fun, but for value, the grocery store again wins out.

On the other hand, digital streaming services like Netflix ($11.99 for a premium HD account) and Spotify ($9.99) can offer great value—but only if you use them properly.

Indeed, many of Netflix Canada’s 5.2 million users complain about limited viewing selections and end up spending additional cash on iTunes or at the movie theatre. The combination of Netflix, and an average of three movies on iTunes and three in the theatre is more than $50 on movies per month. That’s almost $660 per year on movies, not including the popcorn.

Is that what you expected to pay?

If you find yourself spending money on movies not available for streaming or new blockbusters only in theatres, maybe it’s time to cut off Netflix. 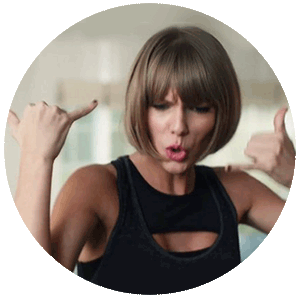 Likewise, if you have to spend more to get your favourite Taylor Swift albums on iTunes – the pop star famously pulled her music off the Spotify streaming services – perhaps a monthly subscription isn’t for you.

The average North American spent $80 on music in 1999, long before streaming hit the market. That amount, inflation included, gets you less than a year’s subscription to Spotify, and no Taylor Swift.

Another aspect to keep in mind: Netflix and Spotify offer no ownership. At the end of a year, you could pay $120 and have nothing to show for it – no library of movies or albums, just the fleeting experience you had on your device.

Use it or lose it

An obvious way to find out what to cut and what to keep: are you using your subscription? Are you reading, listening and watching the media you get beamed into your devices, or using the groceries dropped off on your doorstep?

If you’re doling out $9.99 per month on Spotify but only listen to that one Drake album, your monthly subscription is more like a donation.

If you watch a movie every other Friday night, you’re paying extra money every month just to browse Netflix.

But the key to finding value in subscription services is putting a price on the time and effort monthly subscriptions save you. Is that the same amount as the extra money you are spending for the convenience of the subscription?

In the end, the trade-off with subscriptions is convenience. How do you want to get your movies, music, food or toiletries? If the answer is directly to your home without having to go to a store, then you can expect another home delivery: a sizable bill.