Our Management Team is comprised of highly experienced executives, offering decades of financial and mortgage leadership amongst them.

Andrew Moor joined the Company as President and Chief Executive Officer and a Director in March 2007. Under Andrew’s leadership, total assets under management have grown to $33 billion. Since 2007, he has worked with Equitable’s senior management team to: lead the organization through the financial crisis of 2008, build a significant national business in single family lending, establish Equitable as a major participant in the Canada Mortgage Bond program and launch a number of new products including a HELOC, accessible by a Visa Card and a High Interest Savings Account. Andrew led the conversion of The Equitable Trust Company into a Schedule I Bank, Equitable Bank, in 2013.

Andrew’s focus in recent years has been in positioning Equitable Bank as “Canada’s Challenger Bank”. Equitable has approximately $15 billion of deposits outstanding and is an active participant in the deposit market. Andrew has been establishing EQ Bank as a leading digital banking player, to provide deposit funding for its lending businesses, with an easy to use mobile app that offers a unique combination of payments functionality and great savings rates. Andrew is a keen observer of the challenger and neo bank community around the world, particularly in the UK and Europe. He is interested in how banks can lever technology to improve the societies in which they operate, and is a proponent of Open Banking as a means of delivering financial services more effectively to people from all walks of life.

Andrew joined Wood Gundy Inc. in 1987 and was a Managing Director in the private equity division of CIBC before joining SMED International, one of CIBC’s investee companies, in 1996 as CFO and before being promoted to President. After SMED was acquired in 2000 for approximately $300 million, he was backed by private equity investors to become President and CEO of Invis Inc. He built Invis to become Canada’s largest residential mortgage brokerage and the business was acquired by HSBC in 2005.

Andrew graduated from University College London in 1981 with a Bachelor of Science degree in mechanical engineering. He earned his Master’s in Business Administration from the University of British Columbia in 1987. 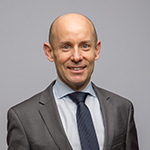 In 2012, Mr. Wilson joined Equitable as Vice-President and Chief Financial Officer. Previously he held the position of President of Visa Canada and had prior experience in a senior executive position with CIBC and as a consultant with Monitor Group. He received his CA designation in 1997 while working with Ernst and Young. Mr. Wilson brings over 10 years of valuable experience in the financial services industry. Mr. Wilson holds an MBA from Harvard Business School and a BComm from Queen's University . 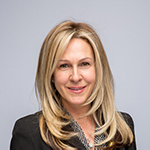 Ms. Kukulowicz is a finance executive with more than 20 years of leadership successes in the mortgage industry. She is the longest standing employee at Equitable having serviced the organization for the past two decades primarily in mortgage operations. Kim brings comprehensive knowledge of sales management, underwriting and mortgage administration, combined with a disciplined approach to risk management and deal negotiations. Since 2010, she has overseen the national sales team for the Single Family division which has experienced exceptional growth in mortgage originations and stronger broker and partner relationships. 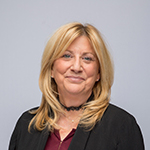 Jody began her career as a recruiter and has since accrued 20+ years of experience as an HR professional. Jody's extensive career includes several years in financial services. Most recently she was Manager of Human Resources at SunOpta Food Distribution Group. At the beginning of 2006, Jody joined Equitable where she currently heads the HR department as Senior Vice President, Human Resources. Jody attended the University of Western Ontario. 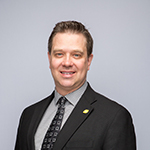 Ron Tratch currently holds the position of Senior Vice President and Chief Risk Officer for Equitable Bank. Prior to the transition, he was Vice President Commercial Credit since 2011. Previously Ron held the position of Senior Vice President at GE Capital Canada and was a partner in a Private Equity firm. Throughout his 20 year career, Ron has focused on operations and business development in various areas including real estate, corporate and project finance, as well as leveraged acquisitions, proactive risk management and financial restructuring. Ron holds a BComm from the University of Calgary and is a CPA, CMA. 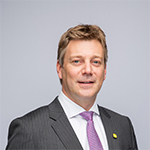 Brian has held various positions at Equitable since joining the company in 2004 as Manager of Residential Sales and Business Development. In 2011, he joined the Management Team as Vice President, Residential Credit. Prior to joining Equitable, Brian held credit and sales roles with other leading Canadian financial institutions. Brian holds a BSc from McGill University and a BComm from Concordia University. 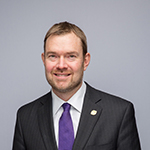 Mr. Lorimer joined Equitable Bank in 2015 as the Vice-President, Commercial Lending. Darren became part of the Equitable team following a 21-year tenure at TD Bank. During his time at TD, Darren held various roles, the most recent of which was Vice-President, Financial Restructuring Group. Darren brings a wealth of industry experience, having worked in business development, national accounts, and commercial risk management. Darren has his CFA designation, an HBA from Laurier, and attended the Ivey Executive Program at Western . 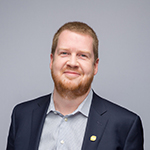 Dan is Senior Vice-President and Chief Information Officer at Equitable Bank in Toronto, Canada’s ninth-largest independent bank. He is responsible for all technology strategy, delivery, and related operations at Equitable.

Dan joined Equitable in 2013 as VP Digital Banking and launched EQ Bank, a digital-only bank, in January 2016. In January 2017 Dan took over technology for all aspects of Equitable Bank, and in 2018 also assumed responsibility for project delivery.

Prior to joining Equitable, Dan was Managing Director, Online & Mobile Banking at BMO Bank of Montreal, responsible for channels serving two million active customers. Throughout his 20+ years of banking and software experience, he has focused on the role technology plays in serving the customer, the employee, and the bank.

Dan received a BComm and an MBA from Dalhousie University. He grew up on a farm in Nova Scotia, Canada. 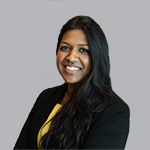 Mahima joined Equitable in 2016 to lead the Corporate Development team and grew her mandate to include Digital Banking and Marketing in 2019. Previously, Mahima was a long time management consultant with the Boston Consulting Group with specialization both in Financial Services and Corporate Development. Mahima holds an MBA from the Kellogg School of Management at Northwestern University and an HBA from the Richard Ivey School of Business at Western University.